Ivy; there’s tons of it growing over my yard wall, and Bob had asked what colours we would get with the leaves and berries. So I decided to give it a go.

I had tried this a couple of months ago without the berries. But this time I wanted to include them so I needed to wait until they had ripened. I hadn’t taken any photos last time, but the results were much the same.

I used the same procedure as with the other dyestuffs; twice the weight of dye material to wool. Also I let the twigs, leaves and berries soak for a week to get the maximum amount of dye in the pot. 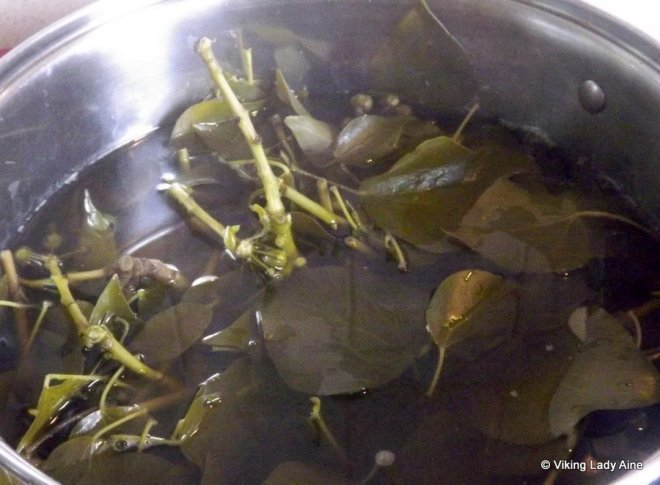 As usual I had pre-mordanted the wool with Alum. I wanted to dye 300g of Aran weight wool.
When I added the wool initially there was no significant change to the colour.

After an hour, there was a definite change in colour, but not the green I had hoped for. Instead I got a yellow; nice but not what I had wanted. 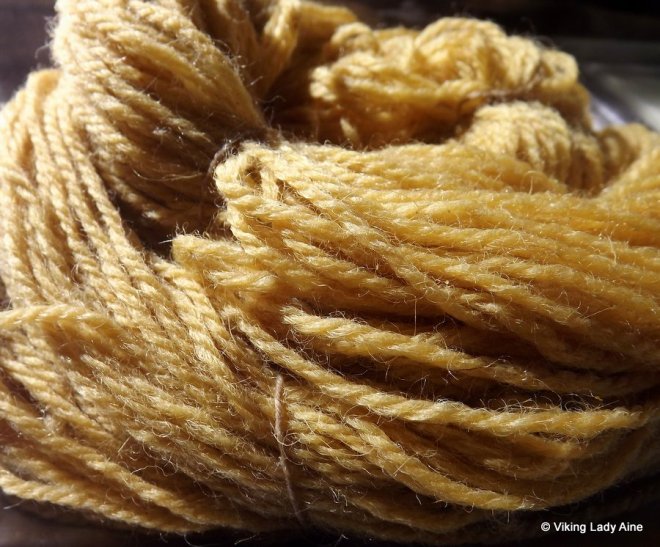 So I added copper sulphate to the pot (2 teaspoons per 100g wool), and continued to simmer for a further hour. This gave a better result. It’s green, but still not the green I had wanted. In real life it’s a slightly darker; below is a photo I took in natural daylight the following day, after the wool had dried.

Last year using the same ivy plant I got a great green that I used in a hat for Bob. This was a different type of wool, and a different year, so that may account for the difference. My little nettle patch is growing, so I plan on trying those for a green……..

7 thoughts on “Ivy as a Natural Dye Material”